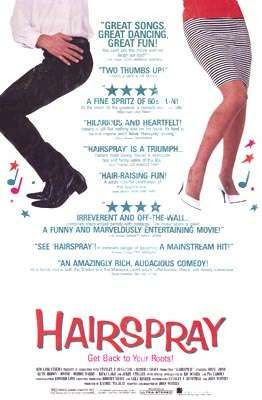 My job as a Strategic Sales Executive is sapping my time, as well as what little energy and creativity I ever had. Therefore, I can only rely on the tales of others, such as our lovely (and evil Rachael Ray hating) friend Dale, to inspire me with blog topics. Today's creative plagiarism was borne out of Dale's story of his recent brush with a Z-list celebrity.

My story begins in 1989 when I was still living in Minnesota. Mindy and I, being recent liberal arts college graduates, were working various McJobs, the kind that involve food service, retail, and other gigs that leave you plenty of time to drink and smoke. Since we both worked odd hours, I thought nothing of calling her up at 10:00 pm on a Tuesday night and saying "want to come over and watch movies?"

One night I did just that, and put her in charge of running to the video store to select some filmage. By the time she arrived at my apartment, I had a fresh batch of pig juice (alcholic fruit punch made for doing shots) ready and the VCR primed to enjoy whatever fine cinematic work she had selected. Mindy arrived with the movie "Hairspray."

We were hooked the second the movie began rolling. We laughed hysterically at various times, but otherwise didn't talk much because we were so mesmerized by what was happening on the screen. When it ended and the credits began to roll we both felt incredibly sad that it was over.

"Ok, lets!" Min replied. So we rewound and watched the whole thing over from start to finish. Except that this time we got up and danced along with every dance number, and we paused and rewound repeatedly during "Ladies' Choice" so that we could each make our own selection.

It was a classic Tom & Mindy evening. Beyond fabulous.

There are many, many perfect little moments in that movie that bear non-stop watching and repeating. One such moment, which happens to be my personal favorite, is right before the dodge ball game between the Special Ed and "normal" kids. There is this blonde gym teacher who belts out in a really hot, raspy voice "OK everyone, let's go, let's play DOOOOODGEBAAAAALLL!!!"

For me, that was just about the most memorable line from the movie. My queeny friend David and I used to walk around the dark streets of Minneapolis after bar-time and randomly scream at each other "Let's play DOOOOODGEBAAAAALLLL!" As only two fags could do.

About three years later I found myself living in Los Angeles working as a technology consultant for the same company I work for today. My duties consisted of going to law firms and bullying their IT departments into installing and maintaining our software, as well as working with the customers to fix whatever bugs that arose post-installation. At certain firms I made weekly or bi-weekly visits to deal with upgrades and the like.

One of my regular clients was this blond woman, Kathleen, whom I loved visiting because she was silly, goofy and kind of a spaz. We would usually spend about half the time working with the software and the other half just laughing at each other. There was something familiar about her that I liked but couldn't quite place. I had thought she kind of reminded me of the gym teacher from "Hairspray," but I figured maybe I had met her somewhere else or something. Anyway, I visited her about once every two weeks for many years.

Flash forward to 1995. By this time I had moved up the chain and had become the Technology Manager in my division, and supervised the techs who did the same kind of work. I started sending Mark, one of the other techs, to do the software work over at Kathleen's firm. One day Mark and I were on a business trip together, and we were talking about some of our customers. I was recalling how much I loved visiting Kathleen, and Mark said "I know, she's great. She's really funny. And she played that gym teacher in "Hairspray!"


I stopped dead in my tracks, and felt the blood begin to drain out of my face. I thought I was going to faint.


Mark confirmed what I thought I had heard. I totally freaked out. I mean, TOTALLY. I had a complete conniption right in the middle of the street upon hearing this news. Suddenly it all clicked into place. Her goofiness. Her bawdiness. Why I liked visiting her so much. Why she reminded me of the DOOODGEBAAAAALLLL gym teacher.


KATHLEEN WAS THE DOOODGEBAAAAALLLL GYM TEACHER!!!!!


I simply could not believe my good fortune at the realization that I was already so well acquainted, and unknowingly so, with this gem of a C-list celebrity. Especially one that I went around randomly imitating as a stupid, drunk 23 year old.

Having called her weekly for over three years, I had her office phone number memorized. I ran into a pay-phone booth and dialed her right then and there. When her voice mail picked up I shouted "TRACY TURNBLAD IS A HUMAN ROACH-NEST! IS THIS THE CALIBER OF TEENAGER WE WANT REPRESENTING BALTIMORE AT THE AUTO SHOW??????" and then hung up. I was too stunned to go any further.

When I finally reached her in person a few days later, I violently berated her for having kept this juicy tidbit from me all those years. "You have no idea what that movie, and your infamous line, have meant to me!" I told her repeatedly. She giggled, and I could tell she was quite pleased with herself, and me for being such a lunatic and crazed fan.

"God, Tom, calm down! Are you obsessed with me or something? You're not going to try to kill me or anything are you?"

"No, but you do realize that we're best friends now, right?" I replied.

We did become friends after that, and she even joined me and Mindy for Thanksgiving with our friends KC and Kent when they were living in California.

But sadly, about a year later Kathleen left LA for Atlanta, and since then we have lost touch. I hope she's doing well, wherever she is.

Now that I think of it, I should really get down to cyberstalking her one of these days. I mean, what else am I good for anyway?

Labels: creepy stalkers who kidnap celebrities and keep them in their basements, Hairspray

Sweet! She needs a cameo in the remake. This begs the question: Do we really need a remake of an already great flick?? And with John Travolta???

That is so pretty damned hysterical and a much better brush than mine. I loved the movie and your story makes it that much more enjoyable.

I echo Echo when he asks about JT playing Divine's part though. They're going to add all the Broadway numbers I think right?

Other favourite coaches - Coach Wolf in Strangers With Candy...

Criminal to remake it with John Travolta. Cri-mi-nal.

Completely fabulous. And one of the best Thanksgivings EV-AH. Except for when we got in trouble for being mean to Kip. And for going to see the James Bond movie.

That is too cool. A long term working relationship with a John Waters movie star. You lucky bastard.

OMG how cool is that

Great story, I love it!

Too funny. You know all the best people.

That's a very funny story. Too bad you lost touch with her.

Excellent story, CP, and so sorry I missed it the first time around! Want me to start stalking her for you here in Atlanta?

Coaster Punchman
I am Coaster Punchman, or CP for short. I started this blog in 2004 for no reason other than I came across the "Blogger" app while randomly surfing, and decided "well why not?" During the early days of blogging I fell into a community of interesting writers and nice people, many of whom remain my friends today on Facebook. In late 2017 I decided Facebook was becoming too large a distraction, and decided to ease out of that and ease back into the blogging world. I'll be here if you care to peruse my thoughts on life and my world.